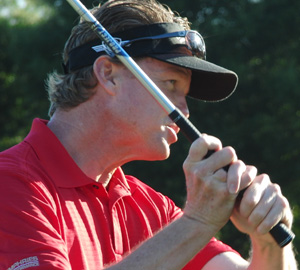 Shawn Humphries begins his 30th season as a professional coach that has carried him across the country and around the world.  As a coach and coaching a team or individuals, I realize the importance of consistency. Not only as a team—but as individuals.   One of the challenging aspects of any sport, your performance is defined at any given time by how you Think, Train, and Reinforce, or all three. How well does the athlete control their thoughts in a stressful situation such as competition, how well has the athlete prepared themselves for competition, and more importantly how does he or she reinforce after the action or task, end of the day, week, month, and year?  How does the athlete talk to themselves, are they beating themselves up, talking about all the things that went wrong or they reinforcing all the things the did well.  These are the three indicators in human performance.  THINK – TRAIN – REINFORCE.

If Athletes want consistent performances they must learn to control their thoughts before, during, and after the action. More importantly, not let the environment dictate how they think.  It’s the defining factor that allows players and teams to experience winning performances.  Beyond Sports Psychology, and based on Winning at the Olympic level. Elite Performance Systems is mastering how you think, train, and perform. If you are a competitor your training must be designed to prepare you for the competition so you don’t over-train and over-try in competition, which is the #1 reason for under performing.

He is a GOLF MAGAZINE TOP 100 TEACHER IN AMERICA.

First Tee of The Palm Beaches

Get My Products & DVD’s